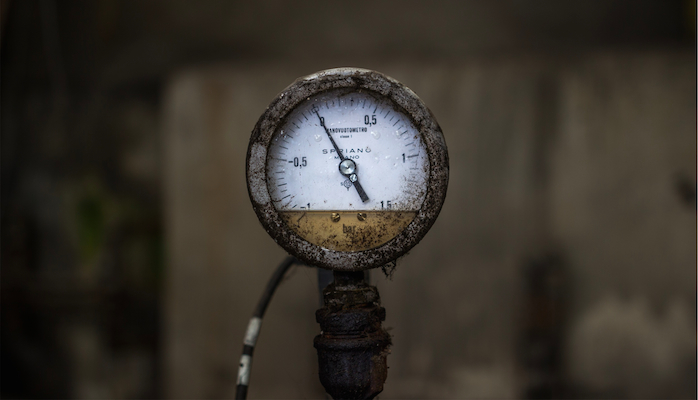 It all changes when you get to 50 people

said Alicia Navarro, CEO of Skimlinks at the #FPlive event that we held last week.

An inflection point can be considered a turning point after which a dramatic change, with either positive or negative results, is expected to result

As a scale-up COO I've seen this myself.

On each growth journey there were inflection points caused by the number of people in the company.

I've found that there are 3 company size inflection points that startups need to be aware of.

Whenever the organisation size goes past one of these numbers the dynamics change. What worked before doesn't work now. Different skills are needed, different processes and different leadership styles.

You might find that you thrive in one group size but struggle in another. This is TOTALLY NORMAL, and most people don't realise that the group size itself has a massive effect on what's needed to survive and thrive as a contributor or leader.

People that join a startup when it's at 15 people sometimes find they don't like the way things are changing when they get to 150 people. They miss out on information, they are not included in as many decisions, there are process hoops to jump through and they just don't like it. This is NORMAL.

What many people don't realise is that you can predict how human groups will behave in different ways depending on how large they are.

And because fast growing startups (or "scale-ups") can grow every month, the dynamic changes without anyone realising. Unless, of course, you know these inflection points exist - and that they matter.

Any time the group size increases (or decreases) around these thresholds - everything changes - and nobody realises!

Many companies start with a single founder. There is no group here so there is no group dynamic, just one person trying to do everything and wishing there were more hours in the day.

In this small group size, it's as if there is a hunt.

Imagine our ancestors out for the day tracking deer on foot. The group work together in real time with some (but only where needed) planning. A leader often emerges but really only if someone needs to be in charge and people follow a leader because they are happy for that person to be the leader.

Everyone has their own skills and contribution. Everyone is involved and everyone knows almost everything. The team have an objective to catch their prey and they work together on this common purpose using the skills and tools that they have at their disposal.

When the hunting party bring back their prey, it's to a small settlement with a few huts, one for each family. Each family has a recognised leader that's needed if required but most people still talk directly to each other and everyone knows eveyone else on first name terms. The elders might tell stories around the fireplace in the evening and not much organisation is required.

This is what the early stage of a start up is like once you get past 7 people. There are distinctive groups who take on specific responsibilities and challenges - the tech team, the sales team, the marketing team etc. You need leaders for each group but very little process is needed and stuff gets done, albeit chaotically.

As Alicia says, once you get past 50 people, everything changes.

You now have to work at it so that people bond. You need to start developing processes to get stuff done. You try and channel communications. You have to broadcast more information. You start having to channel requests and instructions via group leaders. You have a more formal decision making leadership team.

You have a light hierarchy.

This is like a small village. In a small village there are specialist roles. The school teacher, the bar owner, the mechanic and so on. There are people in charge and there are more rules. You can still know everyone, what their role and how they relate to each other but you won't know eveyone on first name terms.

After 150, the village becomes a town.

Here, it becomes almost impossible to know everyone by name and to know what everyone does. Throughout history, humans have defaulted to a hierarchy system to organise themselves in larger groups. There are probably many exceptions, but it is very common to use a hierarchy as an effective organisational method.

In the town there are systems. Systems to make sure that repeated and expected events are handled with predictability. There are traffic lights, drainage systems, planning restrictions and street numbers. There are people in charge and there are people that work within more specialist roles.

The idea that 150 is a threshold that matters was was first suggested by British anthropologist Robin Dunbar (b. 1947) and subsequently popularised by Malcolm Gladwell in his book "The Tipping Point". Known as "Dunbar's number", the number 150 is a theoretical maximum number of individuals with whom a group can maintain a social relationship where each knows who each other is and how they all connect socially.

So - in a group of 150, it is still possible to know everyone else, understand their roles and their relationships with each other. Beyond that, forget it. This number, like 7 and 50 is pretty significant therefore when it comes to shaping organisational structures. With a team of 150 you can still manage with a relatively flat reporting structure, fairly informal communication processes and decision making.

Every startup that scales faces these challenges

All fast growing startups will face similar organisational challenges as they reach the inflexion points.

In summary... what to expect and plan for;

Think about your own preferences and where you thrive.

Some CEOs that launch startups can really struggle in a big organisation. Some big company CEOs would struggle to launch a startup from scratch. We all have our sweet spot.

I've learned over the years that I am best suited to Family Huts and Village Life. I can hunt if I need to and I prefer not to be a townie. I'm more of a village dweller. That's where my skills are best used. It suits my management style, partly because I like to do, partly because you need politcal skill to succeed in town, less so in the village.

Whatever, your preference, pay attention to group size and what it does to your culture - you underestimate it at your peril.

Would I Invest? One Question I Ask Myself To Be Sure...

What Is Your Problem?

(The importance of entrepreneurs understanding the problem before defining the solution). If…